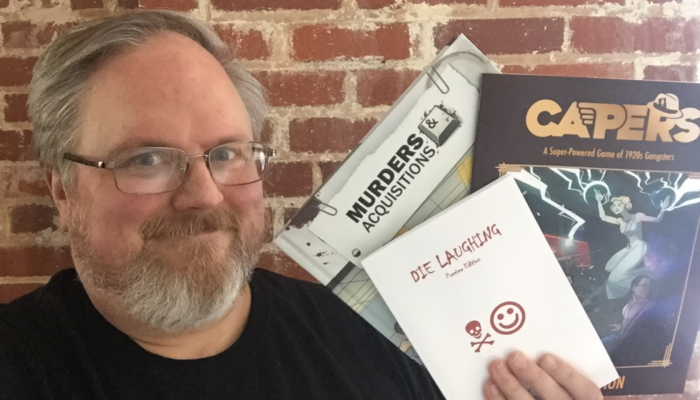 Craig Campbell is a local, indie RPG designer who published his first game, Murders & Acquisitions, through his company, NerdBurger Games, in 2016. His second RPG, CAPERS (featuring super-powered 1920s gangsters), will be going to Kickstarter on March 6 to fund final artwork and layout. Future plans include a short-play horror-comedy game about getting horror movie characters killed in funny ways and several other games of varying sizes and complexity.

Craig has been playing, GMing, and designing all manner of things for tabletop RPGs for two and a half decades. In addition to his own game work, he has contributed to Dungeons & Dragons, Pathfinder, Gamma World, and Iron Kingdoms among others. He also works as an architect, hosts a weekly geeky podcast, helps organize AndoCon (a local gaming convention held Mar 9-11 this year), and buries his mind in all sorts of fantasy, sci-fi, and horror media.