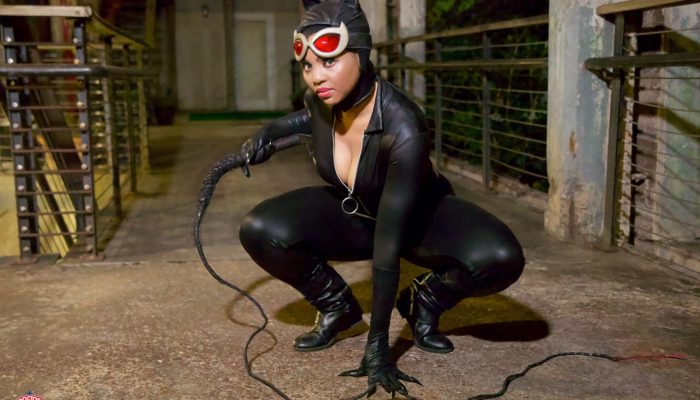 Sherita “Ree” Dunbar, also known as Super Fit With Ree Cosplay, burst onto the cosplay scene in 2008 with a winning smile and personality that made her an instant favorite amongst con-goers.  Since then, she has built a reputation for herself in the cosplay community as an exceptional cosplayer, fitness enthusiast and namesake, often participating with cosplay-themed charities such as, Hero Alliance, to do her part in giving back to the community.

Ree has been featured in Rolling Out Magazine and in various books, as well as articles, celebrating the art of cosplay.  Her rendition of Red She-Hulk earned her a spot in the Girls Of The Con calendar as Ms. January as well as a video feature by photographer, Andrew Michael Phillips for his AMP Cosplay: In & Out series.  Because of Ree’s impressive impact in the world of cosplay, she was handpicked by the legendary George Pérez, who created a character in her likeness for his comic book, Sirens.  As a result, Interface was born and Ree was forever immortalized in the comics.

With her extensive body of work in cosplay and her current studies in health, Ree has been using her social media platforms to incorporate fitness into cosplay.  “Although cosplaying is fun, you have to make sure you take care of yourself to get the most out of your experience.” Ree takes time to educate everyone that she meets about health and cosplay (i.e. dehydration, muscle strain, diet, etc.) in an effort to ensure that each person reaches his/her individual goals while cosplaying.

Ree is currently studying to get her personal training and group exercise certifications.  She hopes to teach and inspire others to live a healthier lifestyle while encouraging everyone to be unique, enjoy the skin that they’re in, and #CosplayYourWay. 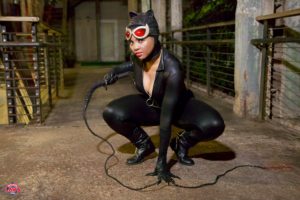