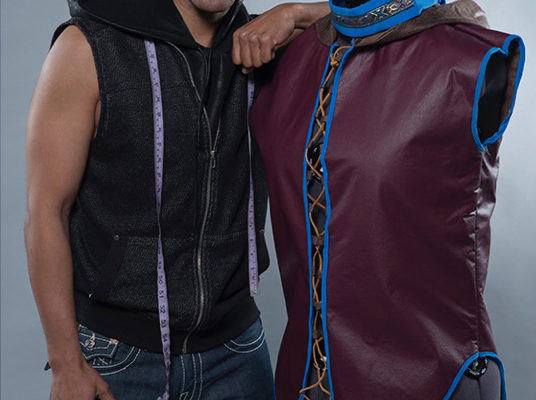 Walter Dean is a premiere costume designer who specializes in custom-made costumes for the cosplayer in you.  He brings characters to life by merging his expertise with the vision and desires of his clients, providing them with the opportunity to embody their desired character.

Dean’s love for designing began with his love for cosplay.  He started by making costumes for himself and it wasn’t long before he began taking commissions, ultimately starting his own company, Dean’s Lyst.

Dean has worked with many well-known cosplayers, fitting them with custom designs that compliment their look and speaks to his creativity.  As he continues to grow his brand and make a reputable name for himself in the world of design and cosplay, he consistently challenges himself by welcoming more intricate designs to expand his skill set and create “smart designs”.

“Different things are important to different people, it is vital for me to determine what each cosplayer needs so that I can meet their requirements.”

As a result of his care and attention to detail, Dean has been spotlighted in the book, 1000 Incredible Costume & Cosplay Ideas as well as The Huffington Post and The Establishment as a “designer to watch”.  Most recently, he had the honor of being featured by Marvel in the “Marvel Becoming” series for his stellar Dora Milaje costume designs from the Black Panther movie.