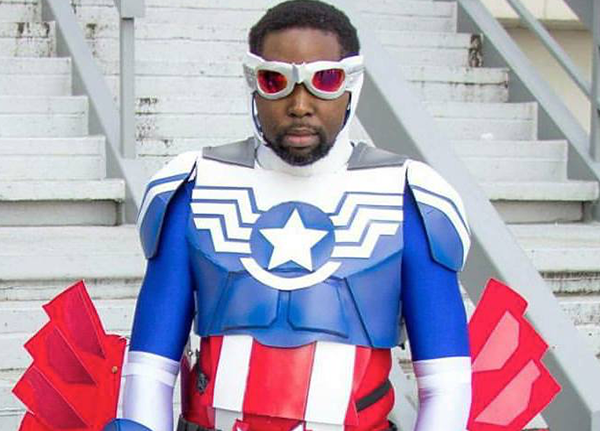 Corey Isaac, better known as Coretoonz, is a graphic designer that has taken the cosplay world by storm as a cosplayer and costume designer.

He is undeniably one of the best when it comes to his craft.  His designs are sleek, stylish and functional.  He has been credited with making designs for some of the most prominent cosplayers in the cosplay community, as well as himself, being that he is also one of the most impressive cosplayers you will encounter.

He is best known for his exceptional Batwing armor, Captain America: Sam Wilson suit, and most recently his classic Erik Killmonger armor from the Black Panther comics.

Corey enjoys making intricate costumes and props, specializing in EVA foam.  His constructs have amazed convention goers and cosplayers alike with its spot-on likeness and attention to detail.

In his spare time, you can find Coretoonz sharing his adventures and enlightening cosplayers on his website, Heroes Wear Black, a site dedicated to the obscure and often forgotten “Heroes of Color”, and the people (of all shapes sizes and colors) who choose to cosplay those characters.

“Cosplay is an art. There’s only one way to do it, and that’s your way.”

All sessions by Corey Isaac