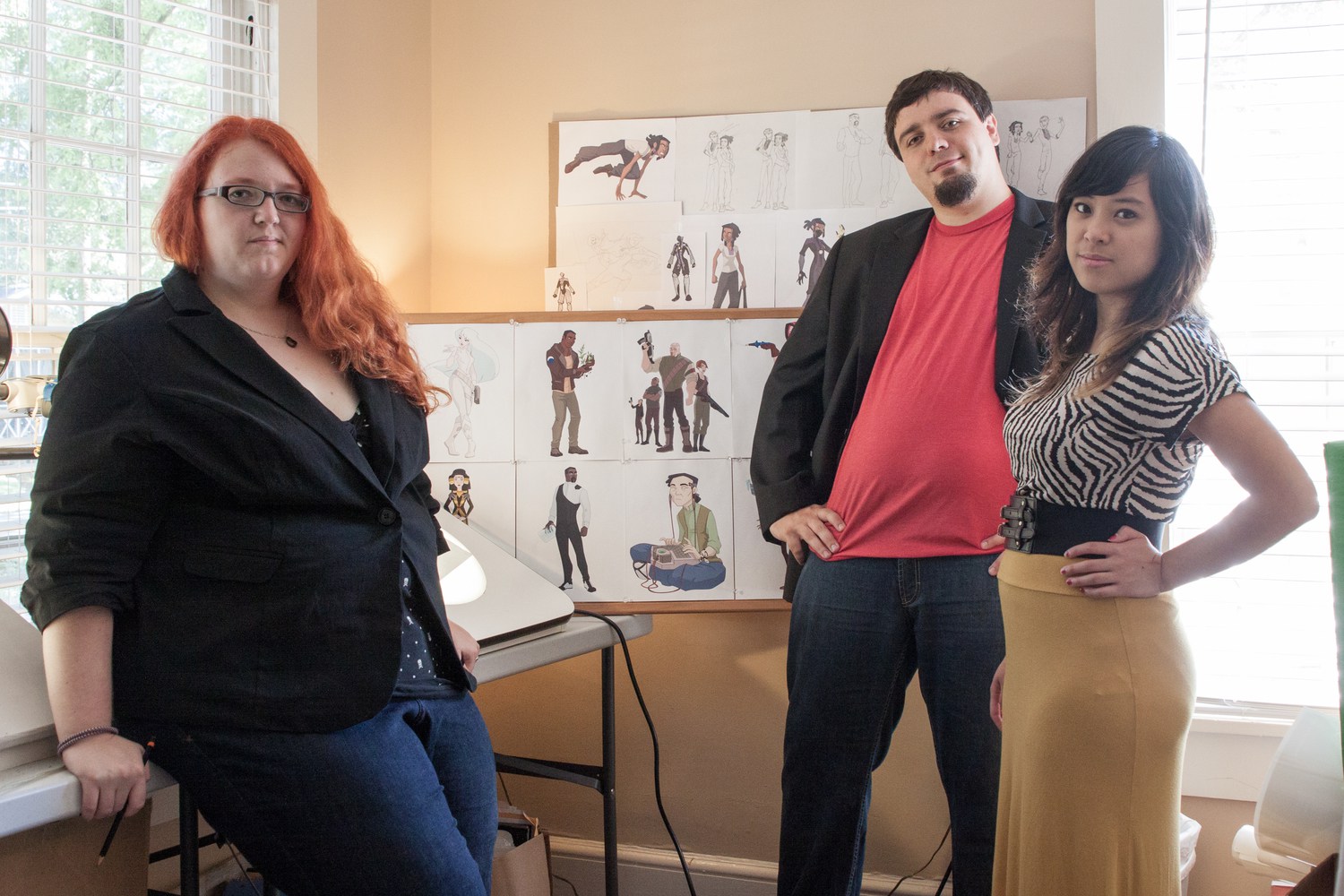 Kamikaze is a concept for an animated show by Alan Tupper, Carrie Tupper, and Havana Nguyen. With a new update every Wednesday, the comic follows the vision and story of the animated series as its creators build towards getting the show on air.

As an artist, storyteller, and habitual world-builder, Alan spends a lot of time jotting down ideas. He’s worked on multiple projects including Outer There (IFC), The Awesomes Seasons 1 & 2 (Hulu), and transmedia projects for Toonix and The Electric Company (Cartoon Networks Latin America, PBS respectively). His work on Kamikaze includes world and story development, background design, character design, and writing. The team’s go-to guy for all things science and tech related, Alan is a sci-fi geek, virtual world enthusiast, and feared wherever coffee products are sold.

A freelance artist committed to the craft of storytelling, Carrie has put her passion for animation and story to use across multiple mediums. She is been central to the design and development of the narrative, characters, and world of Kamikaze. Throughout the process Carrie fills art director, writer and producer roles. She acts as team production coordinator, media relations manager and does all this while producing finalized character illustrations. Carrie is a Photoshop wizard, voracious researcher, contributing writer for The Mary Sue, and a devoted scholar of storytelling.

Though adept at marketing, Havana’s natural talents flourish as a freelance artist and graphic designer. Her role as Kamikaze’s pitch production and clean up artist includes everything from character illustration, logo design,  media relations, marketing manager and official idea sounding board. Havana is an Illustrator ninja, ex-introvert, animation geek, Brazilian Jiu-Jistu practitioner, and the team’s only fashionista. Her work can be found at ArtByHavana.com.

All sessions by Kamikaze

Worldbuilding: Beyond the Basics