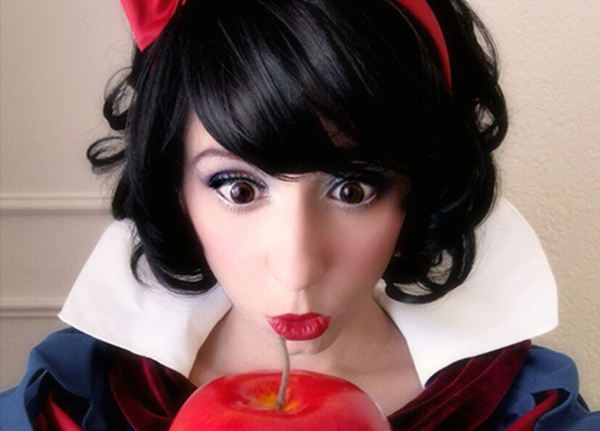 Riki Lecotey (known as Riddle) was a main cast members on both season of Heroes of Cosplay, not only winning the most numbers of awards on there, but also creating some of the most memorable costumes on both season. She also has appeared in two award-winning documentaries, “4 days at Dragoncon” and “Cosplay: Crafting a Secret Identity”.

Introduced to gaming and anime at an early age, it was only a matter of time before Riki would find the best way to express her fandom: cosplay. According to Riki “each costume presents its own set of challenges, requiring me to learn new skills like translation, sculpting, molding, casting and of course, sewing.”

Riddle transplanted from her igloo in Canada and moved to the United States has been involved in costuming for over 14 years. She is internationally recognized in the cosplay community for her ability to translate costumes and focus on craftsmanship. She’s been invited to conventions around the world, to judge costume contests, host workshops, and promote cosplay. She also has gotten the opportunity to work on a few films during that time including Captain America: Civil War, Spider-Man: Homecoming, and the upcoming Avengers: Infinity War and Ant-man and the Wasp!

Also an avid cook, Riki is the creator of Cosplay for a Cause, whose first project was a cosplay calendar that raised more than $30,000 with 100% of the proceeds donated to the Japanese Red Cross tsunami disaster relief. Her favorite act of charity, however, is rescuing and rehabilitating baby squirrels.

All sessions by Riki “Riddle” Lecotey