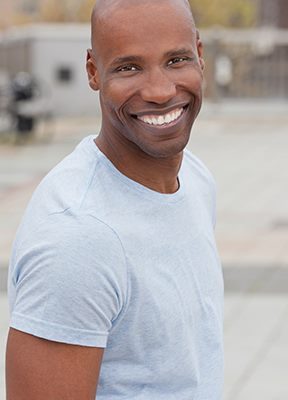 John Nyrere Frazier began his professional acting career with two East Coast tours as an actor / dancer. He later attended North Carolina Central University where he majored in theater. He graduated with academic honors and was accepted to the Chicago College for the Performing Arts at Roosevelt University where he received his MFA. He has and currently performs with the Gaming Industry as a motion capture performance artist and voice-over artist.

The companies he’s worked with include MidWay Games, EA Games/ Chicago, and Warner Brothers Entertainment. Games for which he has been featured include Blitz, Def Jam Icon, and Mortal Kombat. John now works in the Southeast and Midwest regions of the United States and teaches at Georgia State University and Emory.