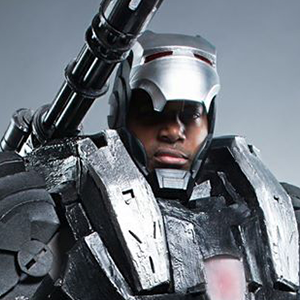 Dwight Dunbar also known as DarchAngelDavid is the owner of Shattered Images L.L.C. and a respected member of the cosplay community since 2008.  Since his start, he has built a name for himself as a fabricator, body paint artist, costumer, podcaster, and a member of the Heroes Alliance charity organization.

Before costuming, Dwight went to school for 2D/3D animation at the Art Institute of Atlanta.  Dwight later transitioned his artistic ability into fabrication after he started costuming in 2008 by teaching himself to sculpt.  He then learned to use his 3D skills for making paper/foam craft builds and eventually 3D printing of armors, helmets, and weapon props under the Shattered Images L.L.C. label.  Dwight has been printed in DC and Marvel comics for different group cosplay images and spotlighted by Andrew Michael Phillips for his AMP Cosplay: In & Out series.  Dwight has also been a panelist at different conventions to talk about prop building, armor fabrication, and body painting.  He is always open to both learning and sharing knowledge.

Currently, Dwight is focusing on increasing his skills as a 3D artist, expanding his Shattered Images L.L.C. brand, and doing his podcast titled Stuff We Like, Stuff We Hate on SoundCloud with his co-host Dr. LAW from Dr. LAW’s Photolab and Mo B. 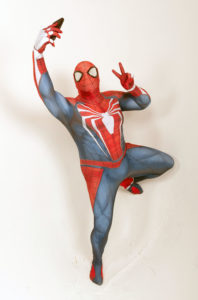 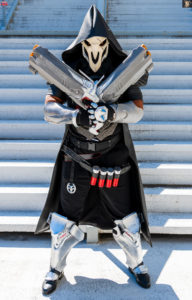