Who do you think would win in a fight between Scorpion and Ryu? Mega Man and Spike Spiegel? It’s time to stop wondering and find out for yourself with UFS: The Universal Fighting System.

UFS is the ever-expanding collectible card game that pits the world’s best fighters and characters against one another. Design a deck around your favorite character from franchises such as Mega Man, Street Fighter, Cowboy Bebop and Mortal Kombat releasing later this year. 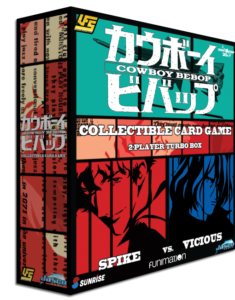 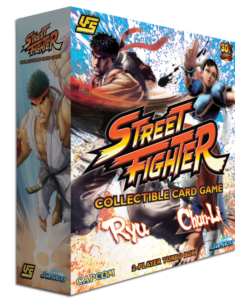 Several local UFS players including 2011 World Champion Kennan Meadows will be on hand to teach the game. They will be bringing playmats, dice, as well as home-brew demo decks if some potential players want to branch out and try other licenses. Jasco Games is proud to support the Atlanta Sci-Fi and Fantasy Expo. And to also work with Challenges Games and Comics as part of the new Premier Store Program. So stop on by and bring your questions.