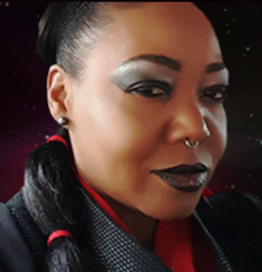 T-Dub, aka Thrill Builds, has had an interesting career path; she’s really a bit like Buckaroo Banzai. At various times, she’s worked in a crayon factory, released charting music as an EDM recording artist-songwriter, took a turn as Director of Marketing and Creative Development for an indy comic publisher, worked as a letterer, and performed assorted jobs in television and film. She also found time to make the odd costume in there, too. She’ll join us to discuss her professional work in fandom and interests in cosplay and collaborative media. 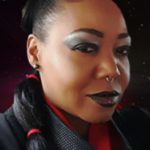