Matthew W. Quinn (b. 1984) grew up in Marietta, Georgia. After graduating from the University of Georgia with a dual degree in magazine journalism and history, his career has seen him reporting for one newspaper, editing two more, reporting for an online news service and a sports magazine, blogging for a cloud-computing firm and two film companies, and collecting Twitter feeds for online ad campaigns. His reporting has brought him into contact with presidential candidates, television celebrities, and notable authors and once earned him a commendation from the Georgia Department of Veterans’ Service.

Throughout all of this, he has written science fiction, fantasy, and horror. His first sale was during his last year at college, when he sold “I am the Wendigo” to the webzine CHIMAERA SERIALS. Over the years, he sold short fiction to various markets, including a 2009 licensed BattleTech story “Skirmish at the Vale’s Edge.” 2017 saw the premiere of two novellas set in Lindsay Buroker’s FALLEN EMPIRE universe as well as the publication of his horror novel THE THING IN THE WOODS. A sequel is under construction.

Matthew is also a regular participant in the podcast MYOPIA: DEFEND YOUR CHILDHOOD in which the movies you enjoyed as a child are put on trial to see if they hold up. 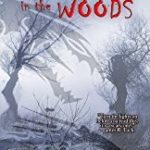 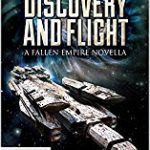 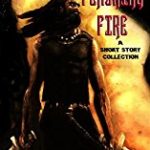