Riki Lecotey (known as Riddle) transplanted from her igloo in Canada and made the move to the United States. She has been involved in costuming for over 15 years, and is internationally recognized in the cosplay community for her ability to translate costumes and focus on craftsmanship. Lecotey has been invited to conventions around the world, to judge costume contests, host workshops, and promote confidence in cosplay through craftsmanship. She has been interviewed by Playboy, NPR, the Washington Post, and has been featured on the cover of two of the most well-known cosplay magazines in the word, Cosplay Culture & Cohaku. All the skills she has learned through cosplay also has gotten her the opportunity to work on a few superhero films during her career.

She was a main cast member on both seasons of Heroes of Cosplay, winning the most awards during her time on the television series. Riki has also appeared in two award winning documentaries, 4 Days at Dragoncon & Cosplay! Crafting a Secret Identity.

Also an avid cook, Riki is the creator of Cosplay for a Cause, whose first project was a cosplay calendar that raised more than $30,000 with 100% of the proceeds donated to the Japanese Red Cross tsunami disaster relief. Her favorite act of charity, however, is rescuing and rehabilitating baby squirrels.

She will be hosting a panel with costume maker Chris Donio titled Intro to Cosplay at this years Atlanta Science Fiction and Fantasy Expo.

From the panel’s description: “Ever wanted to cosplay but didn’t know where to start? Join Chris and Riki, veterans in the Costume Community. Who have taken a hobby that they were passionate about and even turned it into a Career, working in the Atlanta Movie Industry. Not only can they give tip and tricks to starting your first costume, or how to take your costumes to the next level but how to showcase your work and save money. Questions encouraged!” 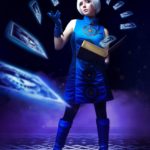 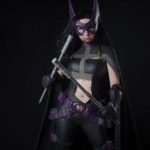 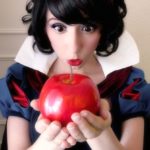